THOMAS H Mawson had recognised from the outset that fund-raising and donations would have a major role to play in the creation of his industrial settlements, however, he had been unaware of just how vital they would become.

As the financial support he had assumed would be forthcoming from the Government failed to materialise, so Mawson and his supporters were forced to rely on acts of philanthropy and private commemoration, with large donations for properties ‘in memorium’ for the sons and husbands of wealthy benefactors, or large local organisations, proving key.

This was not a situation out of keeping with Mawson’s own involvement: the reason he had mooted the idea of such settlements in the first place was due to the loss of one of his own sons in the First World War, James Radcliffe Mawson.

James had been fataly wounded in April 1915 near a small village called Pilkem, on the outskirts of the Belgium town of Ypres, while serving with the 5th Battalion of the King’s Own Royal Regiment (a Territorial Army unit made up primarily of Lancaster men and seen by the town as its ‘Pals’ battalion).

His father was determined that his son’s death would not be in vain, and was to take inspiration from a letter he and his wife had received from James before his death; a letter stating how moved he had been by the bravery of the injured men and telling his parents to do all that they could for the wounded. Although the name of Thomas H Mawson’s third son does not appear anywhere within Westfield village, it is his loss that lies at the heart of its creation. 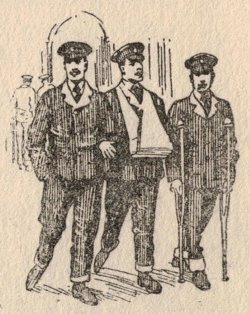 The opening phase of Westfield village was principally created ‘in memorium’, with the first large donation from the wealthy industrialist Joseph Bibby. Bibby had lost two of his sons in the war and agreed to make an anonymous donation for the first two cottages (Morton and Leslie) to be erected in memory of them: Joseph ‘Morton’ Bibby, his eldest son, who was 28 when killed on the Western Front in May 1917, and Charles ‘Leslie’ Bibby (right), just 24 when he died in a military hospital after being shot in the chest during an attack on the Somme in July 1916.

There were 20 small cubicle rooms within Westfield House, formerly the quarters of servants, in which it was intended to house single men in hostel accommodation. A Mrs Morris sent 20 bedsteads and the associated bedding, lockers, chairs and books to furnish the hostel and her husband, Commander Morris, sent a billiard table. The pair gave the donations in memory of their son, Lieutenant AG Morris, who had been killed while serving with the King’s Own.

Tower Wood, a bungalow, was paid for by the wife of the late Thomas Storey Inglis Hall, killed in April 1916 while serving with the King’s Own in the Middle East; while the Oxford and Seascale bungalows were funded in memory of the late Captain William Edward Roper – killed in action at the age of 25 in July 1917 while serving as a Territorial Army Captain with the ‘Lancaster Pals’. 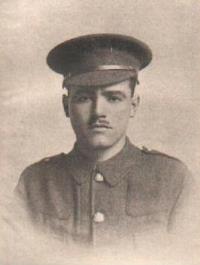 The Silverdale bungalow was built with money still in the funds of the Bleasdale Auxiliary Hospital, in Morecambe Bay, when it closed soon after the end of the war. The property had previously been the residence of the Sharp family (united by marriage to the Storey family), and known as Silverdale. The Lancaster and District Co-Operative Society paid for, and maintained, a bungalow in tribute to its 78 employees from the area who had fought in the First World War, five of whom were killed.

The remaining bungalows were: Alexandra, funded by the ‘Lancaster Ladies’ following a fund-raising bazaar on behalf of Westfield in the Alexandra Hall at Lancaster Town Hall; Remembrance bungalow, built from money left in the King’s Own Prisoner of War Fund and erected in memory of the regiment’s prisoners who had died in captivity; and the ‘Old Pals’, whose donors wanted to be recorded for posterity as: ‘Some gentlemen of Lancaster calling themselves Old Pals’.

The impressive Herbert Storey Cottage was paid for by Herbert Lushington Storey for the safe and thankful return of his eldest son Kenneth (left), who had served as a captain with the 20th Hussars. This is the only property on the village known to have been donated to mark the safe return of a soldier.

Flanking the bowling green are the two cottages Le Cateau and Ypres. The former was purchased by the 1st Battalion of the King’s Own Royal Regiment and given this name as it was the title of the Belgium town where the unit won its first battle honor in August 1914. Ypres was paid for by the King’s Own Depot in Lancaster in memory of the thousands of men from the regiment who had fought and fallen in and around the Belgium town of Ypres during the duration of the war.

A total of 21 cottages were erected as a result of the 2nd Golden Ballot organised by Hilda Leyel, of which four conjoined properties were given the name Leyel Terrace (architect’s painting above). The other 15 properties were named after battle honours won by the King’s Own during the war.

London-based, the actress, political activist, herbalist and charity campaigner Hilda Leyel presented Westfield with £20,000 from her second ‘Golden Ballot’ – the forerunner to the charitable lotteries we know today. Winners of the lottery could receive a sum in the region of £25,000.

The money that Westfield received was substantial enough to pay for more than half of the original properties on Westfield to be built (21 for £14,000), as well as the construction of roads, drainage and gates. The remaining £6,000 of her donation was invested in War Stock; the interest of which was to support ongoing work on the village for many years.

Despite the fact that all profits from the ballots went to helping disabled ex-servicemen, Hilda Leyel found herself facing prosecution under the laws of the Betting and Lottery Acts for running an illegal lottery. Summonses were issued and Mrs Leyel tried by jury in 1922. The case against her was to be overthrown: a result that ensured that ballots held solely to raise funds for charitable causes would, from this point forward, be deemed legal across the whole of the United Kingdom. 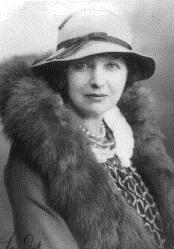 In the later stages of her life Hilda’s name would become synonymous with herbalism as the founder of the Society of Herbalists. Her only formal honor, a Palmes Academiques, came courtesy of the French Government in 1924. (Money donated 1923)

In addition to the Golden Ballot money, the local regiment was also to come up with funds to pay for another property at this time, named ‘Doiran’. Doiran Lake is the name of the site in Macedonia where the 2nd Battalion of the King’s Own suffered heavy casualties on their victorious advance into Bulgaria in September 1918. (Money donated 1923)
After the hostel accommodation in Westfield House was closed, it was decided to merge the cubicles and create two widows’ flats, which were subsequently paid for by General Sir Archibald Hunter, the Colonel of the King’s Own. (Money donated 1927)

A pair of cottages known as as the ‘Elworthy cottages’ were built following a large donation from the parents of Second Lieutenant Thomas Elworthy. Thomas had initially served with the Royal Engineers but subsequently transferred to the 1st Battalion of the King’s Own Royal Regiment, the infantry battalion in whose service he was killed in May 1917 at Arras, France. The 24-year-old had previously been Mentioned in Despatches for his bravery on the battlefield. (Money donated 1927)

After the conclusion of the Second World War there was a feeling that the village should be expanded to meet the needs of men who had been physically handicapped as a result of their service in this conflict. The first four properties (all carrying the King’s Own battle honour names of Imphal, Arnhem, Toranto and Malta) were built courtesy of the merging of a large bequest of £5,000 left by Miss Whalley (the daughter of Lord and Lady Ashton) and a pot of money labelled ‘The Lancaster Services Welfare Fund’. This latter donation appears to have included substantial offerings from the King’s Own, the AirTraining Service of Lancasterand the City War Purpose Fund linked to the Mayor’s office. Miss Whalley stipulated in her will that the properties must be given to ‘Lancastrians’. It is likely that some of the above donations, which had all been made by 1945, also helped pay for the next development known as Porritt Avenue. (Money donated 1945) 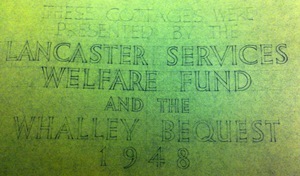 Lieutenant Colonel Austin Townsend Porritt was a veteran of the First World War and a well known Lancashire industrialist and philanthropist. It is thought that his donation to Westfield was made in memory of his son, Captain Richard Whitaker Porritt.
A Cambridge graduate, in 1935, at the age of just 24, Richard became one of the youngest MPs to gain a seat in the House of Commons. In his spare time he served as an officer in a Territorial Army unit of the Lancashire Fusiliers. During the Second World War he would serve as a captain with this same unit (5th Battalion) and was killed in action in May 1940 during the retreat to Dunkirk.

His death made Captain Porritt (left) the first British MP to be killed in the Second World War. In 1983 the town of Seclin named ‘Square du Captaine RW Porritt’ in honour of him. The man himself lies nearby in the Seclin (De Bergault) Communal Cemetery. (Money donated 1950)

The neighbouring property to the property called Porritt is ‘Cynlleth Owen’, which was paid for after the war by the then president of the village Charles Blades Coverdale Storey. It was named after Charles’s home residence at the time in Wales, but it is likely that the donation was made in remembrance of sacrifices made by the Storey family during the Second World War. It is known that at least two members of the wider family were killed during the conflict. (Money donated 1950) 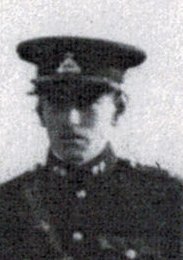 There have been many substantial donations given to Westfield over the years, a large number of which were never tied to a particular property and, as such, have remained somewhat ‘unsung’: for example, in 1935 a cheque for £3,000 was received from the executor of the will of a Mary Simpson. It was decided to use the money to help pay off a large loan that had been taken from the local corporation to create a major extension to the village in the early-Thirties and to bring electricity to every property on the village. It is sadly not known who Mary Simpson was.